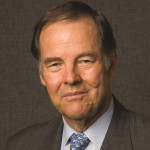 As a historian by training, I have always admired William Livingston, elected as New Jersey’s first governor in 1776, and known my family’s connection to him. Although I have not often dwelled on his time in office or appreciated his wisdom, I recently came across words of Livingston that I would have been proud to offer in a speech during my own governorship. “Let us make war on ignorance and barbarity of manners,” he wrote. “Let us invite the arts and sciences to reside amongst us. Let us encourage everything which tends to exalt and embellish our characters. And in fire, let the love of our country be manifested by that which is the only true manifestation of it, a patriotic soul and a public spirit.” 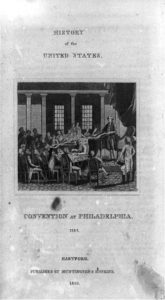 Constitutional Convention of 1787, of which William Livingston was leader of the New Jersey delegation. Courtesy of Library of Congress, LC-USZ62-92869.

Born in 1723, Livingston was a New York lawyer, politician, and author of poems and political tracts; some said his writing ability rivaled Jefferson’s. Moving to Elizabethtown, New Jersey in 1772, he sought a scholarly retirement in a Georgian-style home he called Liberty Hall. But patriotism drew him out of retirement and into service as a delegate to the First and Second Continental Congresses, and briefly as a brigadier general in the New Jersey militia, before his election as governor. He later represented New Jersey at the Constitutional Convention and signed the U.S. Constitution.

I am an indirect descendent. Gov. Livingston’s niece, Susan Livingston, married John Kean, a member of the Continental Congress who served as the first cashier of the Bank of the United States under President Washington. Their son Peter would later buy Liberty Hall, bringing it into my family for nearly two centuries. Now a museum for Kean University, it is rich in history, with stories to tell about Alexander Hamilton, John Jay, Martha Washington, and William Henry Harrison. For me growing up, it was simply my aunt and uncle’s house where we went every now and then to see our cousins.

Livingston remains perhaps New Jersey’s most popular governor—continually reelected for 14 years until his death in 1790. This record will stand, as our state now allows only two consecutive terms. I have always approved of the two-term limitation, but back in its infancy, New Jersey was well served by the long tenure of my distant Uncle William, and I hope future generations of my family will also heed the call to public service that he answered.

The Honorable Thomas H. Kean served as governor of New Jersey from 1982-1990, when he was rated among America’s most effective state leaders by Newsweek magazine. He then served as president of Drew University from 1990-2005, during which applications to Drew increased by more than 40%, the endowment nearly tripled, and more than $60 million was committed to construction of new buildings and renovation of older buildings. In 2002, Governor Kean was named by President George W. Bush to head the National Commission on Terrorist Attacks upon the United States, which released the 9/11 Commission Report in 2004. He currently serves as chairman of the board of Carnegie Corporation of New York, in addition to a number of corporate and non-profit boards.