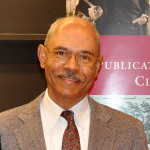 By Larry A. Greene

I first became aware of Thomas Mundy Peterson many years ago in graduate school at Columbia University while conducting research at the New Jersey Historical Society for Professor Eric Foner’s Civil War and Reconstruction colloquium.  New Jersey’s reaction to the Emancipation Proclamation was the focus of my research.  The colloquium paper served as the basis for my first publication and later acquaintance with Thomas Mundy Peterson as the first African American to cast his vote in the nation from the city of Perth Amboy in March of 1870 under the newly ratified Fifteenth Amendment (1870). 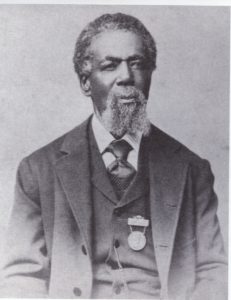 The passage of the Fifteenth Amendment was marked by a huge celebration of blacks in the city of New Brunswick on May 26, 1870.  Thomas Mundy Peterson was given a medal by the citizens of Perth Amboy in honor of his historic vote.  Within a year, the first African American juror in the history of New Jersey served on a jury in West Milford.  The exclusion from the voting rolls in many states also resulted in the exclusion of blacks from jury selection since jurors were often selected from the voter registration rolls.

It was not until graduate school that I became aware of the many barriers to citizenship, voting rights, and equality faced by blacks living in the northern states.  During my undergraduate study of American history, I concentrated on southern history and comparative slavery studies.  Graduate school expanded my horizons on the establishment of slavery in the North with the reading of Herbert Schofield Cooley’s 1896 pioneering work, A Study of Slavery in New Jersey.  From his study and others, I learned that New Jersey in 1804 was the last northern state to provide for the gradual abolition of slavery.  During my graduate education, I came across Leon Litwack’s classic, North of Slavery,which explored the legal exclusion of African Americans in northern states from the franchise, public schools, and public accommodations and conveyances.  An 1807 New Jersey law excluded free black males from the franchise they had enjoyed since the Revolutionary era and New Jersey’s 1844 state constitution eliminated property qualifications for voting, but restricted the vote to white citizens.

Thomas Mundy Peterson reflected a long quest by the state’s African American population for the franchise from state black conventions to the Equal Rights League of New Jersey.  Critical for his historic vote and that of African Americans nationally was the passage of the Fifteenth Amendment, which the New Jersey legislature initially rejected, but a sufficient number of states ratified allowing the proposed amendment to become part of the United States Constitution.  The story of Thomas Mundy Peterson and African American voting serves as an indication of just how controversial and intense the opposition to equal voting rights was in northern states as well as southern states.

Larry A. Greene is Professor of History at Seton Hall University and a former chair of the Seton Hall University History Department and former chair of the board of the New Jersey Historical Commission. He teaches Civil War History and the History of World War II and published with Anke Ortlepp, Germans and African Americans: Two Centuries of Exchange.