The President and the Boss 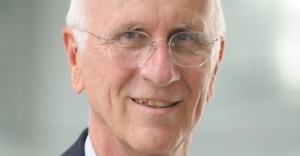 It is hard to imagine two men more different in their backgrounds than Frank Hague, who served as mayor of Jersey City from 1917 through 1947 and as de facto political boss of New Jersey for most of that time, and Franklin D. Roosevelt, president of the United States from 1933 to 1945. Hague, for instance, was born into a poor family of Irish descent in the section of Jersey City known as “the horseshoe,” a name derived from its gerrymandered shape. Roosevelt, on the other hand, was a descendant of wealthy patrician landowners of Dutch extraction and his family included many illustrious members including President Theodore Roosevelt. 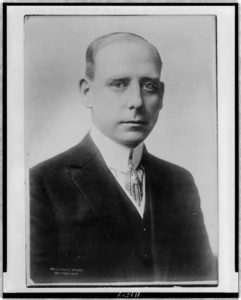 Roosevelt, in accordance with the custom of the times, was tutored at home until he reached the age of fourteen, at which point he entered the exclusive Groton Academy. Hague, in contrast, was expelled from school in the sixth grade; he had no formal education thereafter.

Each man, however, shared an instinctive understanding of how to reach voters and each understood the critical role of providing jobs to any subsequent electoral success. As a result of their political talents, Roosevelt served as president of the United States for more years than any other president and Hague controlled politics in New Jersey for longer than any other political boss. Significantly, each also recognized the importance of the other to his own political success.

Two examples illustrate their interdependence. Hague opposed Roosevelt in his original quest for the 1932 Democratic presidential nomination, standing behind Alfred Smith, who had been the party’s 1928 nominee. When Roosevelt nonetheless secured the nomination, Hague knew he had to act to avoid being cast into political oblivion. He reached out to Roosevelt and promised to hold the largest political rally in the nation’s history if Roosevelt would open his presidential campaign in New Jersey. True to his word, Hague produced 100,000 Democrats from across the state at a rally held at the National Guard Training Center in Sea Girt. 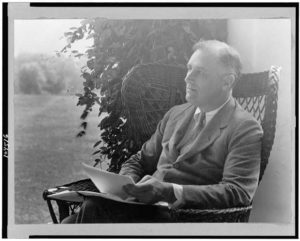 Roosevelt was duly impressed and thus began a mutually fruitful relationship that lasted until Roosevelt’s death. While Hague had previously controlled the appointment of New Jersey judges and prosecutors, and had even determined at times who would be governor, his close relationship with Roosevelt permitted Hague to extend his influence into the sphere of federal appointments. Indeed, when Roosevelt’s close advisor James Farley, serving as Postmaster General, learned that Hague’s people were opening their opponents’ mail, he informed Roosevelt and urged action to indict Hague. Roosevelt intervened, instructing Farley he would not permit that, saying that Farley was to contact Hague and merely instruct him to cease the offending conduct. Their close relationship, moreover, led to a steady stream of federal funds to support Hague-sponsored projects, such as the construction of the Jersey City Medical Center.

Hague’s influence did not survive Roosevelt’s death. A number of factors contributed to Hague’s declining role. Roosevelt was succeeded by his Vice President, Harry Truman, who knew that Hague had not supported Roosevelt’s selection of Truman as Vice President. When Truman ran in 1948 as the Democratic nominee, Hague again did not support him. Additionally, Hague had become convinced that he was indispensable and spent less and less time attending to the details of retaining his own power. His ticket was roundly defeated in the 1949 election.

John B. Wefing is the Distinguished Professor of New Jersey Law and History at Seton Hall Law School where he has taught for the last 46 years and has served as both Associate Dean and Acting Dean. He has taught numerous courses specializing in Constitutional Law and Criminal Procedure and is the author of the award-winning biography of Governor and Chief Justice Richard J. Hughes.