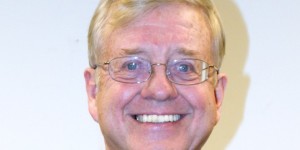 The New Jersey Turnpike is one of the most heavily traveled highways in the United States. The southern terminus is in Salem County, one mile east of the Delaware Memorial Bridge, and the northern terminus is located at the George Washington Bridge in Fort Lee, Bergen County. Along the way, the Turnpike has advanced innovation, diversity, and liberty throughout the state for more than fifty years and has itself become a cultural symbol. Consider, for example, Paul Simon’s classic sixties song “America,” about Americans’ search for meaningful values during the Vietnam War era. Simon writes about a cross-country road trip that ends in New Jersey, “Counting the cars on the New Jersey Turnpike/They’ve all come to look for America.” The characters in the song dream of finding an ideal America, perhaps in New Jersey, but they do not succeed. 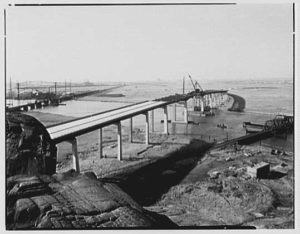 From the very beginning, the Turnpike was a hotbed of innovation. The Turnpike engineers applied better solutions that met new requirements and used the latest processes and technologies. For example, the Turnpike used the concept of limited access: the entrances and exits were widely spaced to enable the swift movement of traffic. In addition, there were no crossroads and the main stem had long sight distances with wide travel lanes and wide shoulders. All of this was new in 1951, and it was the basis for the design criteria for the Interstate Highway System, which was not authorized until 1956.

Completed in 1951, the Turnpike has fostered diversity by knitting together different ethnic neighborhoods throughout the state. Along the Turnpike are myriad communities, some with longstanding ethnic associations and others with new, yet vibrant communities. In some locations, the names of towns listed on exit signs point to a distinct ethnic heritage, such as Swedesboro at Exit 2. In other locations, drivers can see evidence of new immigrant and ethnic communities, like the Korean and Japanese grocery stores off of Exit 18E in Fort Lee. The Turnpike knits these different groups together along a roadway that provides a safe, positive, and nurturing environment. In a sense, the Turnpike gives a way to understanding each other and moving beyond simple tolerance to embracing and celebrating diversity.

Finally, the New Jersey Turnpike in the popular mind stands for liberty and freedom. While not literally true, the Turnpike provides the illusion that you can drive as fast as you want and go wherever you want. The notion was best captured in the song “You Can’t Catch Me,” written and performed by Chuck Berry, which was released as a single in 1956. The song’s lyrics mention racing a souped-up “air-mobile” down the New Jersey Turnpike. The singer imagines that he can heedlessly speed along without fear of the police because his car is equipped with “hideaway wings” that allow him to become airborne and escape. The lyrics tell the story:

I bought a brand-new air-mobile
It was custom-made, ’twas a Flight De Ville
With a pow’ful motor and some hideaway wings
Push in on the button and you can hear her sing.

New Jersey Turnpike in the wee wee hours
I was rollin’ slowly ’cause of drizzlin’ showers
Here come a flat-top, he was movin’ up with me
Then come wavin’ by me in a little’ old souped-up jitney
I put my foot on my tank and I began to roll
Moanin’ siren, ’twas the state patrol
So I let out my wings and then I blew my horn
Bye bye New Jersey, I’ve become airborne.

Chuck Berry saw the Turnpike as a place where one can go fast and feel free, where one can escape from the commonplace and ordinary cares of life. Which is exactly the way I like to think of it.

Angus Kress Gillespie is a Professor of American Studies at Rutgers University in New Brunswick and the co-author (with Michael Aaron Rockland) of Looking for America on the New Jersey Turnpike, published by Rutgers University Press.