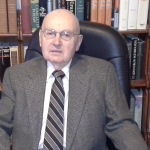 In the early 1960s, the New Jersey Tercentenary commemorated the British colonial origins of our state, founded in the wake of the Stuart Restoration in 1660.  A half-century later, that observance itself may now be studied as a historical event and I hope that it will be.  As a participant I offer a brief personal view. 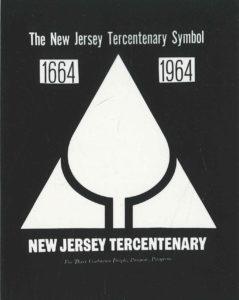 The success of the Tercentenary had much to do with the spirit of the times — a period of national tragedy and of hopeful struggle for change.  The ideas of public-private partnership for the common good and of democratic grassroots participation in public causes were very much in currency, and there arose great popular interest in the historical roots of present conditions.

From the outset, the members and the outlook of the state Tercentenary Commission and of those to whom it reached out included representation of civic, professional, religious, and business groups, as well as governments, throughout the state.  As county and municipal Tercentenary committees were formed, the broadest possible citizen participation was encouraged.  The people of New Jersey, in their communities and organizations, were to be not merely an audience for a series of public spectacles but the active players in the remembrance of their own history, and their ideas and initiatives were welcomed.

The essential purposes were not entertainment and self-congratulation but education and civic improvement — although there would be plenty of opportunities for ceremonies, parties, and parades.  The result was a well-planned and well-funded set of commemorative projects that left many enduring achievements and a transformed atmosphere of public life.

Countless books, including a state Tercentenary series, were published, many of which continue to be of scholarly value.  Museums, libraries, and historical societies organized a great variety of exhibitions and contributed hundreds of objects to a Tercentenary Historymobile that toured the state with three annual exhibitions.  In every county new historical societies were formed and old ones gained new vigor, becoming generally more representative of the state’s diverse population.

Archival, library, and museum collections were improved and their facilities were modernized and made more accessible, including the construction of a new State Library and State Museum complex.  The Tercentenary stimulated the study of New Jersey history in schools and colleges in addition to a program of secondary school student history clubs set up by the New Jersey Historical Society, which in turn fostered a generation of young historians who were interested in the state.  Innumerable public lectures and forums were held and newspapers and magazines published thoughtful articles on historical and current issues.

The state’s historic and archeological sites were refurbished and communities rediscovered and saved their local sites, which helped us prepare for dramatic improvements with the advent of the National Historic Preservation Act of 1966.  In the visual and performing arts there was a flowering of creativity on historical themes; towns all over the state undertook public works and other civic projects in the name of the Tercentenary.  A New Jersey pavilion was opened at the New York World’s Fair which was financed by the business community, as were many other statewide and local Tercentenary projects. 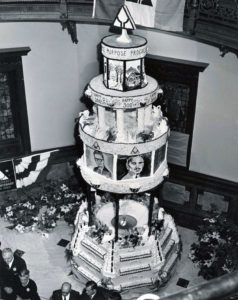 All of these activities paid due attention to the traditional themes of the colonial, Revolutionary, and early national periods.  At the same time, they addressed aspects of social and economic history that were beginning to receive more careful attention from historians, for example, slavery, African-American life, the place of women in society, the treatment of Native Americans, science and industry, immigration, and labor.  This was also encouraged by the Civil War Centennial, which coincided with the Tercentenary and was also managed by a state commission.

Who accomplished all these things?  Thousands of people, all of whom deserve credit.  Here I would like to express my admiration for the executive director of the New Jersey Tercentenary Commission, David S. Davies, a dynamic administrator who appeared to be everywhere, guiding and helping and solving problems, and was a master at sensing the talents of others and releasing their creative energies.

I am proud to have had a small part in the New Jersey Tercentenary.  I believe that it helped set a course for this half-century of work in New Jersey history and was an example for our commemorative observances.  I hope that knowledge of its achievements will be helpful for our future work.