The City of Alexander Hamilton’s Dreams 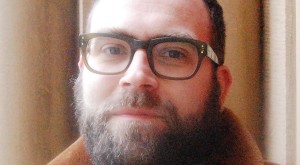 Cities are sometimes built on our dreams, and in the United States, a shared dream of promise called millions here to build great cities we have inherited from their labor and hope. I’d like to imagine Alexander Hamilton, like so many other immigrants, standing as a young man with nightmares behind him and limitless dreams of promise and destiny before him as he arrived here to start a life that would end both grandly and tragically. 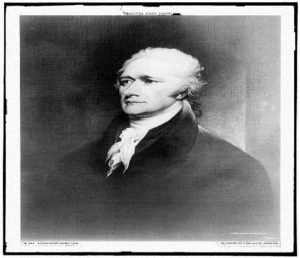 Courtesy of Library of Congress; LC-DIG-det-4a26166

Hamilton continued to dream even after the Revolution. He stood out among the Founding Fathers by using his powerful intellect to deliver a passionate prophecy of the future of American political economy: a new nation of industry and manufacture, commerce and finance. Hamilton believed that America could be the land of both experiment and failure. In December 1791, he submitted to Congress The Report on the Subject of Manufactures, the last of his great state papers outlining his economic vision. Hamilton promoted a system of regulated trade that would develop and sustain domestic manufacturing and innovation, these being the necessities of the new, global economy of capital and labor. With his advice, and at the same time as his delivery of the Report to Congress, a group of his associates and like-minded entrepreneurs, acting as acolytes of his compelling vision, were granted a charter by Governor William Paterson to establish the Society for Useful Manufactures (S.U.M.). The goal of this tax-exempt organization was to administer and develop an experimental manufacturing incubator wherein new attempts at domestic industry could germinate. The Society chose the Great Falls of the Passaic because of the waterpower that the drop in elevation, or “head,” could provide to water-powered mills and machines. It was a spot that Hamilton knew well from a luncheon with George Washington and Marquis de Lafayette in 1778 during the Revolution.

Paterson was, as Ron Chernow has called it, a “City of the Future.” It was a brave, bold dream. Hamilton encouraged America to welcome both immigrants, like himself, and native-born citizens to become leaders through invention and innovation. In the 1880s, an Irish engineer and schoolteacher, John Holland, would produce the first workable designs for a modern submarine, the Fenian Ram, tested above Paterson’s waterfalls. After being accepted by the U.S. Navy, Holland’s efforts would sustain the founding of the Electric Boat Company, a manufacturer that still produces submarines today. As Paterson continued to be a proving ground for new industries in the early Republic, individuals such as Samuel Colt would begin to define the city’s legacy of industrial leaders. In 1836, Samuel Colt would persuade his uncle and S.U.M. Governor, Roswell Colt, to support his upstart gun manufacturing business and his ingenious American patent for a revolver. Colt’s Patent Arms Manufacturing Company, later located in Hartford, Connecticut after 1847, would become one of the most important arms manufacturers in America. Later in the 19th century and into the early 20th, Silk City, as Paterson had become known, developed a leading edge on the technologies that made the design and manufacture of silk products possible, in firms like Royle and Sons Machine Co. These are only the briefest examples of a small place that resembled a larger dream. The city’s future was Hamilton’s hope and America’s promise.

Hamilton’s dream gave birth to the city that grew up around that ancient, powerful gash in the earth; a waterfall surrounded by smokestacks and steeples. Here in the future, the city’s language was polyglot, its religion plural, and its people from every corner of the earth. In New Jersey, Alexander Hamilton dreamed of America’s future and generations of old and new Americans built it – through strife, nightmares, dreams, and the hopeful morning light that pushes back against the dark.

Joshua Castaño is a preservationist, architectural historian, and a proud Paterson native. He now lives in Philadelphia where he is Program Manager at the national preservation nonprofit Partners for Sacred Places.