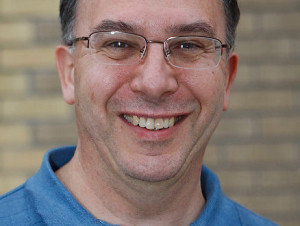 When we think of New Jersey it’s often images that flash through our minds: the painting of Washington crossing the Delaware River, Thomas Edison holding a light bulb, or something more contemporary and personal such as lying on the beach or skiing down a mountain. But what about how the state sounds?

On July 4, 2013, I began a project in which I hope to collect a unique sound for each one of New Jersey’s 565 municipalities. So far I’ve managed to gather 105 sounds from all corners of the state. 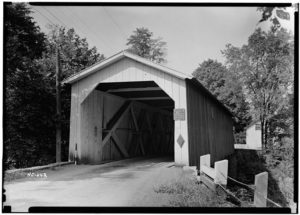 While I knew New Jersey was diverse, this project has caused me to “see” the state in a new way. For example, I’ve long known about the state’s last covered bridge in Delaware Township and have driven over it numerous times, but I never stopped to think about what it sounds like. To capture the sound of the bridge I waded into Wickecheoke Creek to go under the bridge and record the sound of the wooden planks as vehicles drove across.

The project has also caused me to look at the history of the state from a new perspective. I grew up inCranford, which is next door to Linden. I knew something of this history of this Union County city but didn’t realize that it was home to record companies in the 1950s. My search led me to do-wop recordings that were produced there half a century ago.

Sometimes the sounds are nostalgic. When I was growing up, commercials for Palisades Amusement Park blanketed the airwaves. Hearing a few seconds of the radio spot transports me back to the 1960s.

Other times, I discovered that a sound I thought was extinct still lives on, such as a Teletype machine that still pounds out news stories at WRNJ in Washington Township.

I hope by the time the project is finished I will have found sounds that give everyone who listens a new perspective on how diverse our state is. The sounds will represent nature, industry, history, sports and thearts. I think many of the sounds will surprise listeners and will provide an audio legacy of what an interesting state New Jersey is.

What sound best represents your town? Let me know at bernie@bwcommunications.net.

Bernie Wagenblast is best known as a long-time traffic reporter on stations such as New Jersey 101.5 and 1010 WINS. He also is a transportation voiceover professional and can be heard on the New York City subways and the AirTrain at Newark Liberty International Airport.