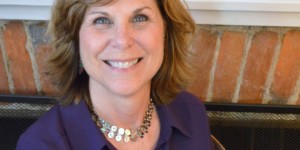 In the summer of 1994, many preservationists and women’s history scholars gathered in Bryn Mawr, Pennsylvania for the first national “Conference on Women and Historic Preservation.”  From this dialogue, the New Jersey Women’s Heritage Trail was born.

It’s not as though no one had thought about historic sites associated with New Jersey women before. A few famous NJ women, like Alice Paul and Elizabeth White, were trumpeted to the public during Women’s History month and then often forgotten for another year.  But at the Bryn Mawr Conference, we talked about the significant roles that women from all walks of life played throughout history.  How could we use the historic places that shaped their lives to educate the public about women’s history?

Those of us from New Jersey who attended the conference came back energized and committed to discovering more New Jersey women who shaped history and the historic sites that would tell their stories.  However, if not for the determination of three New Jersey women, the Trail would not exist: State Senator Diane Allen introduced legislation in 1999 to fund the creation of the Trail; the NJ Historic Preservation Office (HPO), headed at the time by Dorothy Guzzo, provided additional funding; and Barbara Irvine, then the President of the Alice Paul Centennial Foundation (now the Alice Paul Institute), worked with the HPO to create and administer the NJ Women’s Heritage Trail project.  My 15-year labor of love on the Trail began when Preservation Partners, my consulting firm with fellow preservationist Ellen Schultz, was hired to identify and document women’s history sites throughout the entire state, a task that no other state had yet undertaken.  Ellen and I jumped into this project with gusto and have thoroughly enjoyed the ride.

While it was a priority to identify existing historic sites associated with well-known New Jersey women, Ellen and I both felt that it was often the lesser known, and sometimes anonymous, women and their places that had the biggest impact on us.  Here are a few such women:

Summit’s AME minister and social activist Florence Spearing Randolph led her congregation at Wallace Chapel for 21 years from 1925-1946 and still found the time to establish the NJ Federation of Colored Women’s Clubs and to serve on the board of the NJ Suffrage Association.

Alpine’s Women’s Federation Memorial on the New Jersey Palisades acknowledges the success of the New Jersey State Federation of Women’s Clubs in preserving the picturesque cliffs along the Hudson River when 19th century quarrying threatened to destroy them.

Haddonfield’s Margaret Bancroft founded the Bancroft Training School in 1883.  As a teacher, she developed innovative ways to educate developmentally disabled children by creating a specialized program for each child’s physical, mental, and spiritual growth.  Instead of institutionalization, a common practice at the time, the school opted for a more nurturing approach.  Now called Bancroft NeuroHealth, the school still exists in Haddonfield.

Bayonne’s seamstress Ida Rosenthal invented the brassiere in the 1920s and manufactured it for many years in her Bayonne Maiden Form Brassiere Company.  It of course became the Maidenform Company of today.

So why not enrich New Jersey’s history for all and include the whole picture of women’s contributions and the special places that shaped them in our narrative and educational activities?  You can check out the New Jersey Women’s Heritage Trail sites on the newly revamped New Jersey Women’s History website: www.njwomenshistory.org.