Paving the Way for My Service to New Jersey 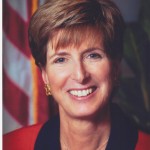 Millicent Fenwick was a great example of a public servant, and was far ahead of her time when it comes to the qualities of leadership she exhibited in office four decades ago. 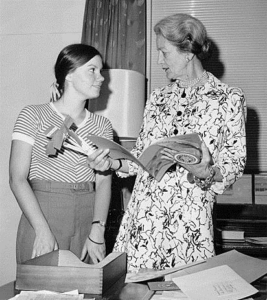 After she was elected to Congress in 1974, she developed a media personality that even had her featured, it is widely agreed, as Lacy Davenport in the Doonesbury comic strip.  A highly principled person, even Walter Cronkite referred to her as “the conscience of Congress.” I suspect her popularity came from both her renowned openness to reporters’ questions and her unique combination of background and work ethic. Although from a wealthy background, she was breaking barriers long before she went to Washington. She was known in Washington for being incredibly hard working, always putting her constituents first. It was that trait which ultimately cost her the Senate seat against Frank Lautenberg in 1982 when she refused to put campaigning ahead of the job she had already been elected to do in the House of Representatives.

Fenwick was a role model for women, and a fiercely independent woman, long before those concepts were in vogue. She was outspoken in her opposition to corruption and special interests, unwilling to be beholden to anything other than the right policies during her time in Washington.

Fenwick was certainly a character, and she was never afraid to speak her mind. A Congressman once criticized a piece of legislation addressing women’s rights by noting, “I have always thought of women as kissable, cuddly, and smelling good,” she responded, “That’s what I’ve always thought about men, and I hope for your sake that you haven’t been disappointed as many times as I have been.”

Although I only spent a few private times with her, I always admired her tenacity and fortitude in an era where neither was expected of women. In many ways she paved the way for my later elections, and I am grateful for her dedicated service to New Jersey and our country.

Gov. Christine Todd Whitman is the 50th Governor of the State of New Jersey and its first woman governor, serving from 1994 until 2001.  She served in the cabinet of President George W. Bush as Administrator of the Environmental Protection Agency from January 2001 until June 2003 and currently serves as President of The Whitman Strategy Group (WSG), a consulting firm that specializes in energy and environmental issues.