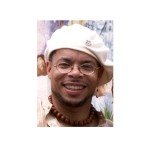 When I was a teen, the “Motown sound” spun from vinyls throughout my house. The exquisitely soulful harmonies of The Temptations were favorites. I favored the baritone stylings of Melvin Franklin, notably on hits like Silent Night and Ball of Confusion. On some Temps’ hits, Melvin not only sang but recited; to me, his voice was simply special.

When I was a teen, during the ’70s, I was mesmerized by the heavily accented baritone of that guy in the 7 Up soft drink commercials – the “uncola mon.” Yep, so it’s pronounced uncola mon, not man. Unlike Melvin Franklin, the “uncola mon” possessed the added attraction of having a theatrical West Indian accent. He ended each commercial with his signature, booming staccato laugh, “AHH-HAH-HAAHHHH!” For years, I called him what he called himself in those commercials, the “uncola mon,” not only because I loved to mimic his voice, but because I never knew his name. Geoffrey Holder was he: dancer, singer, choreographer, and actor of Trinidadian descent. And so it was, Geoffrey surpassed Melvin. 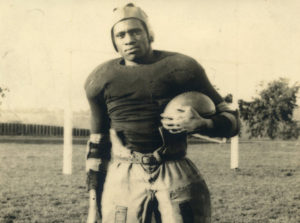 When I was a teen, I was an avid movie-goer. Watching Star Wars was where I first met the sinister Darth Vader, or rather the incarnation of the baritone bass voice: James. Earl. Jones. The movie was thrilling, but the voice of the masked and gasping Jones was most prominent and lasting. And so, Jones surpassed Geoffrey.

When it comes to the tri-thunderous, trombonic, multi-lingual Voice of Paul Robeson, I became entranced. My ears first met Robeson’s voice while listening to a recording of The Odyssey of Paul Robeson where twenty-eight selections of speeches, songs, and acts are featured. Upon first listen, oratory, vocalese, storytelling, recitation, and all things aesthetic to the Sound of a human voice, became to me magical, spiritually angelic, poetic! As a lover of words, I was…changed. I craved the booming beauty that was the dynamic, distinct, and rare Sound of Robeson’s voice, craved it as especially high art that demanded study – both for entertainment and emulation. And so, Robeson surpassed Jones.

Although I adore the folkish Ol’ Man River and the romping Every Time I Feel the Spirit, it was Robeson’s majestic rendering of Othello that rocked me, confirming my belief that poetry is the greatest artistic gift to humanity. I memorized the last act of Othello immediately and it has been part of my performances ever since. No one has come close to embodying Othello as magnificently as Robeson, the pre-eminent Moor. As I write, I am compelled to speak aloud, “I have done this state some service and they know it!!!” At the same time, marking my past epiphany from Robeson’s eloquent brilliance, I fell in love with Shakespeare,Othello being my favorite, of course.

Voices of Black America: Historical Recordings of Poetry, Humor & Drama 1908-1947 features Robeson channeling the spirit of Othello. “Although his conception of the role always provoked controversy,” the liner notes states, “Robeson was one of the celebrated Othellos of his day.” I would rewrite that to say Robeson IS the MOST celebrated Othello to date. No wonder then, that with Robeson playing the dignified Moor, the 1943 Theater Guild production was the longest running Shakespearian production in the history of American theater!

Now whenever I’m in Philadelphia, I frequently visit the house owned by Robeson’s sister Marian, the residence where he spent his final ten years, a place where I’ve been honored to have read some of my poetry. The blue historical landmark with yellow letters reads, “A Rutgers athlete and Columbia law graduate, Robeson won renown as a singer and actor. He was a noted interpreter of Negro spirituals. His career suffered because of his political activism and he lived his last years here in retirement.” The landmark is set on the sidewalk, five blocks from the middle school I attended…when I was a young teen.

Lamont is a performance and teaching artist for both the NJ & PA State Council for the Arts facilitating classroom instruction, assembly performances (K-12), and professional development workshops for teachers. Lamont is also an adjunct at Rowan University and a lifelong mentor to young artists. He describes his work as Vibepoetics: an eclectic mixing of multiple artistic genres to provide dramatic language arts education.