On the Eve of the Civil War, Lincoln Takes a Stand in Trenton 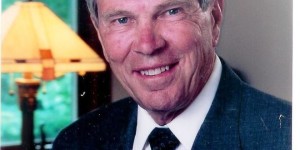 On February 11, 1861, President-elect Abraham Lincoln departed from his home in Springfield, Illinois to take up the burdens of the presidency of a country that was falling apart.  Seven deep-South states had already seceded from the Union.  Delegates from those states were meeting in Montgomery, Alabama to create the new nation of the Confederate States of America.  The rest of the country anxiously awaited Lincoln’s words as he made short speeches in cites and at whistle-stops on his way to Washington.  Not wanting to tip his hand before the inaugural address on March 4, and concerned that a careless remark or slip of the tongue might inflame the crisis further, Lincoln confined himself mostly to platitudes and trivia in his attempts to say nothing controversial.  The consequent censure of him as a lightweight unequal to the demands of the hour mounted as the trip continued.  By the time Lincoln reached Trenton on February 21, he knew that he must say something of substance and importance to quiet the criticism.  Invitations from both houses of the New Jersey legislature to address each of them gave him opportunities to do so. 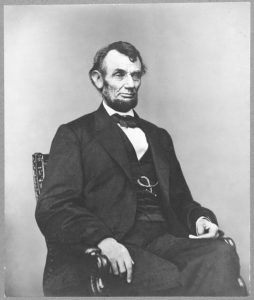 In his speech to the state Senate, Lincoln referred to the battle of Trenton on December 26, 1776, where the American victory over Britain’s mercenary Hessian troops saved the Revolution from collapse.  He invoked that famous event as inspiration for efforts to preserve the nation that George Washington’s soldiers had fought to create.  “Of all the battle-fields and struggles for the liberty of the country” he had read about in his youth, Lincoln told the senators, “none fixed themselves upon my imagination so deeply as the struggle here at Trenton. . . . The crossing of the river; the contest with the Hessians; the great hardships endured at that time, all fixed themselves on my memory more than any single revolutionary event. . . . I recollect thinking then, boy though I was, that there must have been something more than common that those men struggled for.”  Applying the lessons of the Revolution to the crisis of 1861, Lincoln said that he was “exceedingly anxious” that what those men had fought for, “something even more than National Independence . . . something that held out a great promise to all the people of the world [for] all time to come; I am exceedingly anxious that this Union, the Constitution, and the liberties of the people shall be perpetuated in accordance with the original idea for which that struggle was made.”

But how could this be done without war?  Perhaps it could not.  “I shall do all that may be in my power to promote a peaceful settlement of all our difficulties,” Lincoln told members of the General Assembly later that day.  “The man does not live who is more devoted to peace than I am.”  But, Lincoln added portentously, “It may be necessary to put the foot down firmly.”  The newspaper correspondent reporting the speech noted that at these words, “the audience broke out into cheers so loud and long that for some moments it was impossible to hear Mr. L’s voice.”  When Lincoln was finally able to continue, he asked the Jersey lawmakers: “And if I do my duty, and do right, you will sustain me, will you not?”  The audience erupted with “loud cheers, and cries of ‘Yes,’ Yes,’ ‘We will.’”

Two months later, after Confederate guns forced the surrender of Fort Sumter, Lincoln put his foot down firmly.  And New Jerseyans sustained him as promised, sending more than 70,000 soldiers and sailors to fight for the Union, of whom nearly 6,000 gave their lives.

James M. McPherson is the George Henry Davis 1886 Professor of American History, Emeritus and an American Civil War historian.  He has written numerous works, including the book Battle Cry of Freedom: The Civil War Era, for which he received the 1989 Pulitzer Prize.