Performance: Hear My Voice: Fighting for Women’s Right to Vote 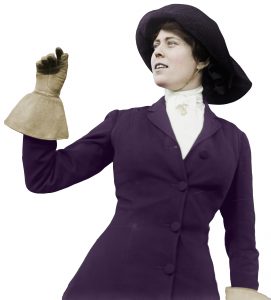 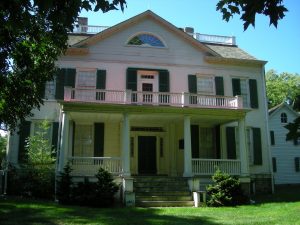 The Women's League of Rutgers University is holding a tea on April 30, 2020 at the Buclleuch Mansion from 12 to 3 pm featuring Reclaiming our Voice: New Jersey's Central Role in the Fight for Women's Suffrage with Carol Simon Levin. There is a $25 charge for registration. To RSVP and get more information, please email Beth Mane, WLRU Co-Chair, at bethmane@aol.com.

Women on Wheels: How Women Found Freedom Through Bicycling 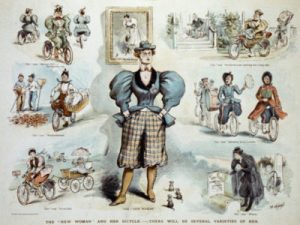 Is it surprising that in the 1890s conservatives panicked at visions of women riding alone, with other women, or with unsuitable men, and campaigned to stop them? Some claimed that women would damage themselves by acquiring a “bicycle face,” or would get sexual pleasure from bicycling — and thus ruin their reproductive capacities. When women and girls first rode bicycles in large numbers, they celebrated their new freedom to move around in the world. Susan B. Anthony thought bicycling had…

In Her Footsteps: How Women Shaped Princeton Walking Tour 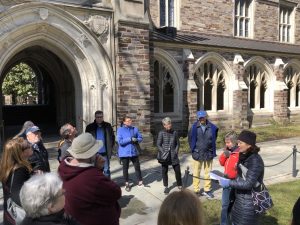 Wiebke Martens and Jennifer Jang, authors of Discovering Princeton, lead a tour dedicated to the contributions of women in the community. The walk includes an overview of Princeton’s history and focuses on some of the women who have helped make Princeton – both town and its namesake University – what it is today. Stops include the new Betsey Stockton Garden, Alexander Hall, and Dorothea’s House. This program is a part of HSP’s commemoration of the 100th anniversary of the passage of the…

Conference Overview: To mark the 100th anniversary of women voting in America, the Alice Paul Institute is hosting 2120: Envisioning Equality- the Next 100 Years. The Symposium will explore how gender equality will help women and girls in their paths to achievement. In 1920 Alice Paul envisioned a world of full equality for all by 2020. We’ll explore how close we are to her vision and how much further we have to go. 2120: Envisioning Equality will give women and…