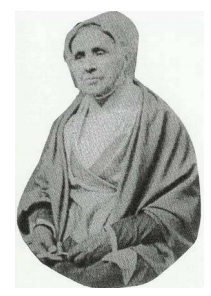 Attended the First Women’s Rights Convention in Seneca Falls in 1848. Attempted to vote for the President in Vineland, NJ in 1868.

Margaret Wilson Pryor was born in 1785 in Philadelphia, Pennsylvania to Quaker parents John and Sarah Wilson. On November 14, 1816, she married George Pryor of Burlington, New Jersey. The Pryors moved to Skaneatles, New York, and George worked as a Quaker teacher and as a farmer in 1850, according to that year’s census. They had two children; one died as an infant in 1818 and a second child, George W. Pryor, was born in 1820 in Cape Vincent, New York. Margaret and George became known as “Aunt Margaret” and “Uncle George” because they were a bit older than most of the other activists they worked with, and they also offered their home to many travelling activists.

Margaret and George Pryor were both devoted abolitionists and woman’s rights activists. They were members of the Julius Monthly Meeting in Waterloo, NY along with other prominent Quaker families like the McClintocks and the Hunts. In 1836, members of this meeting, sought to change a regulation in the book of discipline from the Genesee Yearly Meeting, as women did not have equality in the business of meetings. So, the Junius Monthly Meeting proposed “that the discipline be so altered that men’s and women’s meetings shall stand on the same footing in all matters in which they are equally interested.” This was sent to a quarterly meeting, revised, and then sent to the Genesee Yearly Meeting. It was the first of many changes that Margaret would advocate for.

In December 1836, 20 Waterloo residents created a society for the abolition of slavery, but it was difficult for them to find places to meet, as many churches and courthouses would not allow anti-slavery sermons. These residents continued to advocate, however, and sent delegates to the Antislavery Convention of Western New York in February 1839 to represent Waterloo. Margaret and George Pryor were two of those delegates.

In 1842, Margaret accompanied Abby Kelley on an anti-slavery speaking tour, along with Frederick Douglass, Thomas McClintock, and George Pryor. Kelley had been one of the people who Margaret had offered her home to when she was travelling. While travelling, Kelley noted that people hissed with “the forked tongue of slander” because she travelled with men. She also stated that “Even Aunt Margaret Pryor’s Quaker bonnet and honest, almost angel face was not sufficient to shield us… We were sometimes called a ‘traveling seraglio.'” However, when speaking of Margaret, Elizabeth Cady Stanton stated that “Abby used to say she always felt safe when she could see Margaret Pryor’s Quaker bonnet.” Margaret Pryor and her husband joined the Western New York Anti-Slavery Society, which also promoted woman’s rights.

In July of 1848, Margaret and her son, George both attended the First Women’s Rights Convention in Seneca Falls, known now as the Seneca Falls Convention. Organized by Quaker women, Elizabeth Cady Stanton and Lucretia Mott, the first Women’s Rights Convention was a convention to discuss the rights of women and their current conditions in society. At the convention, 68 women and 32 men signed the Declaration of Sentiments, modeled after the Declaration of Independence, which commanded equality for women in the areas of education, employment, law, and suffrage. Margaret and her son were both signers. In October, Margaret and her husband were two of the founders that helped form the Friends of Human Progress, or the Congregational Friends in support of woman’s rights.

Later in her life, Margaret and her husband moved to Vineland, New Jersey, where they continued to push for social reforms. Her husband passed away in 1866. In 1868, Margaret was one of the 172 women in Vineland that voted for president. When the women went to cast their votes they were turned away. So the women brought a ballot box for themselves, and they cast their votes there. According to the 1870 Census, Margaret was living in Landis, New Jersey (now Vineland) with the McClintocks and Elizabeth Phillips, fellow reformers and members of the Julius Monthly Meeting. Margaret Pryor died in 1874 and is buried next to her husband in Siloam Cemetery in Vineland, New Jersey. 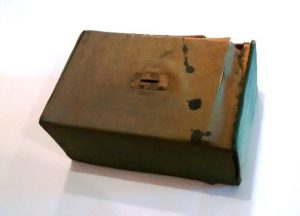 Photograph from Women in the Abolitionist Movement in Seneca County, pg. 21.