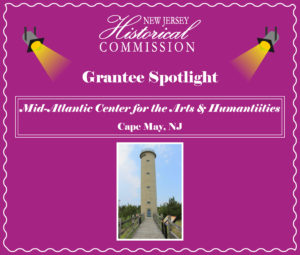 This week we spotlight The Mid-Atlantic Center for the Arts & Humanities!

Of the countless blessings that NJHC funding has bestowed on the Mid-Atlantic Center for the Arts & Humanities (MAC), one standout is its role in enabling our World War II Lookout Tower project. When this coastal artillery lookout tower (Fire Control Tower No. 23) was acquired by the State Park Service in the early ‘00s and then leased to MAC, NJHC funding underwrote a Historic Structure Report that uncovered its fascinating history and created a blueprint for its restoration. Equally important, annual General Operating Support grants from NJHC have allowed us to create and sustain a staff of museum professionals. This staff, in turn, took the lead in securing over $1 million in grants to cover the cost of restoration, overseeing the construction, developing interpretive panels and displays and managing a public tour schedule that has welcomed over 100,000 visitors to the Tower since its opening in 2009. In short, thanks to NJHC funding, MAC was able to add a third historic site to its roster (joining the Emlen Physick Estate and the Cape May Lighthouse), expanding our historical reach to the mid-20th century and engaging large new audiences of visitors and supporters in the military, veterans and World War II history enthusiasts. 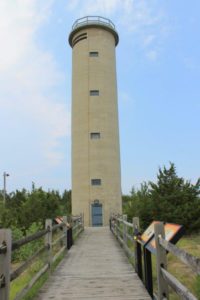