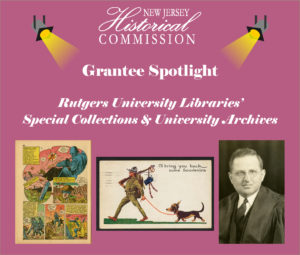 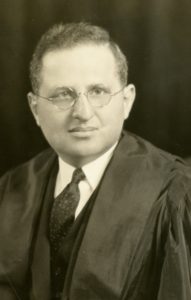 Crawling toward the German line in search of a machine gun nest nine days before end of WWI, First Lieutenant Theodore “Theo” Rosen (1895-1940), 315th Infantry, 79th Division, found himself in the path of fire. One bullet rendered the Carmel native’s right arm useless; another tore through his left cheek, taking out 4 teeth. The 22-year-old lost the top of his left thumb, broke his left wrist, suffered 24 body and head wounds, and had his right arm amputated. Against all odds, the Rutgers College Class of 1916 alumnus survived with commendation for his “gallantry in action.”

Rosen’s story is drawn from the records of the Rutgers College War Service Bureau, which was founded to keep the Rutgers students, alumni, and staff in touch with one another as they served in WWI. NJHC’s project grant helped us digitize this collection of letters and postcards from members of the Rutgers community.

NJHC’s contribution to our general operating budget to Rutgers University Libraries’ Special Collections and University Archives helped support and prepare for the WWI centennial celebration. We commemorated this anniversary with the compilation of a comprehensive guide to all Rutgers WWI-related collections, a major exhibition “Heaven, Hell, or Hoboken!”: New Jersey in the Great War, with tours, visitor outreach, and public programs. We also participated alongside our NJHC colleagues in the development of the NJ World War I Centennial Commission website. Thanks NJHC for helping Rutgers to preserve and spotlight our collections and New Jersey’s long-forgotten contributions to our past. 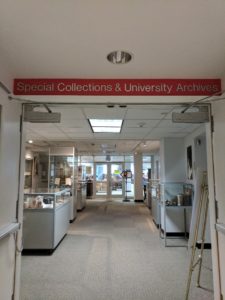 SCUA’s Gallery entrance with, “Heaven, Hell, or Hoboken!” on display 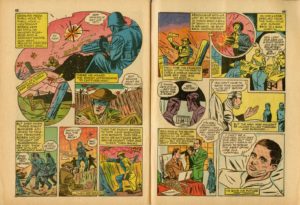 Following Rosen’s early death, the war hero’s perseverance and valiance was preserved in the sole issue of Real Heroes (1941) in a comic entitled, “The Man Who Wouldn’t Be Licked!” 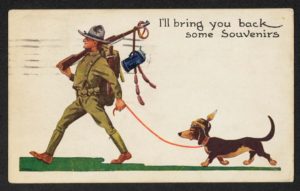