A Vacation Paradise for Presidents 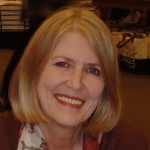 On the Long Branch promenade, slightly north of Pier Village, I take a break from my walk to look at the cluster of monuments honoring the seven United States presidents who visited the resort city. It’s a breezy summer evening enhanced by a pink cotton candy sky. The statue of President James A. Garfield is backlit, giving him an ethereal glow. I gaze at the names on the plaques that pay homage to the other six chief executives who vacationed here: Ulysses S. Grant, Rutherford B. Hayes, Chester A. Arthur, Benjamin Harrison, William McKinley, and Woodrow Wilson. 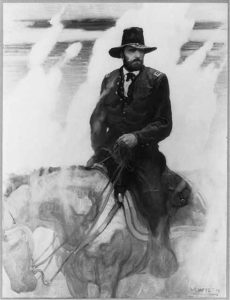 During the heyday of Long Branch, politicians, tycoons, and stage stars flocked to “The Branch.” But it was the presence of Grant and his family that put the resort city on the map. Stories are told about each one of the seven presidents, but Grant was the first chief executive to make Long Branch the nation’s “summer capital.”

As I pause by the memorial, I also take in the view of the rolling waves. Such a beautiful stretch of beach at Long Branch! Imagine what a joy it was for the Grant family to escape the heat, humidity, and fierce mosquitos of the Potomac flats. It is said that Mary Lincoln suggested Long Branch to Grant after her well-publicized vacation there in 1861. At first Grant stayed in a hotel. A group of his friends, affluent Long Branch property owners headed by Philadelphia publisher George W. Childs, figured it would boost the value of their holdings and increase their political influence if the president owned a home at Long Branch. In 1869, they gave the Grant family a charming Stick-style cottage on Ocean Avenue in Elberon (a section of Long Branch). The summer home was allegedly deeded in Julia Grant’s name so that the president wasn’t directly accepting this luxurious gift.

Grant also visited Cape May, but he likely preferred the gaiety of Long Branch where he could drive fast horses. The Monmouth Park Racetrack opened in 1870 and President Grant was a regular spectator, but for the most part he spent quality time with his beloved wife Julia and their four children. They frolicked in the surf, danced at “hops,” and observed the ocean from wicker porch chairs while the president puffed on his cigar. In her memoirs, Julia wrote, “What a boon our cottage at Long Branch was to the President! Tired and weary as he was with his monotonous official duties, he hastened with delight, as soon as Congress adjourned, to its health giving breezes and its wide and restful piazzas.” Of course, some business had to be conducted, policies reviewed, decisions made, and dignitaries welcomed, but life at the summer capital was mostly a time for fun.

The sun is going down and the Garfield statue, which faces the sea, casts dark shadows. A family with young children has stopped to look at the memorials. A little girl in a yellow sundress asks, “Mama, who is that man?” as she points to the statue. “He was a president,” her mother replies.

James A. Garfield loved vacationing at Long Branch but his time there as chief executive was short lived. On July 2, 1881, just months after his inauguration, President Garfield was shot at a Washington, D.C. railroad station by Charles Guiteau, a crazed office-seeker. On September 6th, the wounded president was moved in a special train to Long Branch so he could recuperate by the sea. During the course of one night, local citizens built a railroad spur to transfer the president from the Long Branch depot to the Francklyn Cottage in Elberon. With his wife Crete and their daughter Molly by his bedside, Garfield died there on September 19th. Today, historians speculate that Garfield would have survived if he had the benefits of modern medicine and if his doctors hadn’t poked and prodded inside of him searching for a lodged bullet.

So many tales of presidents and their families, both happy and sad, during their sojourns at Long Branch…but now I must continue my walk. I need to clear my mind and take some deep breaths of the invigorating salt air.

Historian Karen L. Schnitzspahn is a native of New Brunswick, NJ and has lived at the Monmouth County shore for over 40 years. She is the author or co-author of 10 New Jersey Shore history books as well as two commemorative volumes and numerous articles. Two of her latest books are Jersey Shore Food History: Victorian Feasts to Boardwalk Treats and  Remarkable Women of the New Jersey Shore: Clam Shuckers, Social Reformers and Summer Sojourners. She’s been the recipient of awards including the 2007 Jane G. Clayton Award for “her outstanding efforts to preserve the history of Monmouth County.”