Lifting as we Climb: African American Suffragists in New Jersey

Lifting as we Climb: African American Suffragists in New Jersey 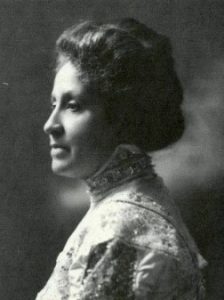 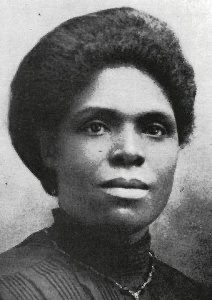 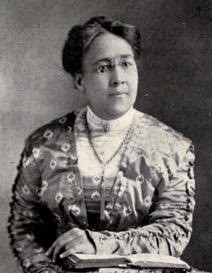 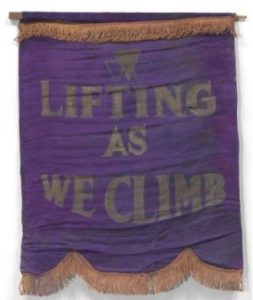 Although not as much has been documented about the role women of color played in the suffrage movement, the African American community did have many important public female leaders including Ida B. Wells, Mary Church Terrell, Mary Talbert, and Nannie Burroughs who fought for social justice in their communities and especially advocated for women. New Jersey also had dynamic female leaders including Reverend Florence Spearing Randolph, Mary Burrell, and Violet Johnson. African American women felt that gaining the vote would help them in “their efforts at human betterment” according to Adella Hunt Logan in an article she wrote for The Crisis. She also said, “Adequate school facilities in city, village, and plantation districts greatly concern the black mother. But without a vote she has not voice in educational legislation, and no power to see that her children secure their share of public-school funds.”

At the first women’s rights convention held in 1848 in Seneca Falls, the only African American to attend was Frederick Douglass. According to historian Lisa Tetrault, in her book The Myth of Seneca Falls, were it not for Douglass’s oratory demanding the vote for women, the 9th resolution in the Declaration of Sentiments might have failed. In an article written for The Crisis, Mary Church Terrell writes, “I was largely due to Douglass’s masterful eloquence that the motion was carried, in spite of the opposition of it’s very distinguished and powerful foes.” In Douglass’s autobiography he says, “Observing woman’s agency, devotion and efficiency, gratitude for this high service early moved me to give favorable attention to the subject of what is called ‘woman’s rights’ and caused me to be denominated a woman’s rights man. I have been convinced of the wisdom of woman suffrage and I have never denied the faith.”

One of the most publicized African American suffrage events was former slave Sojourner Truth’s famous 1851 speech “Ain’t I a Woman” given before a large audience at a women’s rights convention in Akron, Ohio. In her speech she said, “That man over there says that women need to be helped into carriages, and lifted over ditches, and to have the best place everywhere. Nobody ever helps me into carriages, or over mud-puddles, or gives me any best place! And ain’t I a woman?” Her speech advocating equal rights for all women as well as for all blacks was controversial and dangerous for a woman of color at this time.

Churches were often the place African American suffragists held their meetings and listened to suffrage speeches. Reverend Randolph used her pulpit to guide change in the church, to rally against social injustice, and to advocate for women’s rights. “It can be plainly seen from the very beginning that God destined that women should take an active part in the great drama of life and should indeed be man’s helpmate,” she said in one of her sermons.

Lillian Feickert, president of the predominantly white New Jersey Women Suffrage Association, was a practical leader. She realized the value of having large numbers of African American women as members and partnered with black suffragists Florence Spearing Randolph and Mary Talbert and regularly spoke to African American organizations. Quoted in the Newark Evening News, Bessie Brown Mention, an African American suffragist from Princeton, said, “I am still for Mrs. Feickert 100 percent and I shall continue my state activities in organizing the women of my race as zealously as before.” Thought there were many controversies, racial and class divides; uneasy alliances were formed in the quest for woman suffrage.

Many African American suffragists came from social activist backgrounds and learned their organizing tactics from the missionary and temperance work they had been involved with. They held educational “suffrage meetings” in local churches and halls to teach women about the electoral process and to encourage them to become “active factors in the political life of the community,” according to Dr. Betty Livingston Adams. Reverend Florence Spearing Randolph regularly gave talks to the membership of the Colored Women’s Republican Club on topics like, “Our New Citizenship and What it Means to Us.”  In addition to her church work, Randolph formed county Republican Clubs with ward and district units that served both urban and suburban African American populations. Dr. Adams wrote that, “after 1920, black women added politics to their service because they felt they could ‘strengthen and uplift institutions and bring them to a higher degree of moral worth.’” They realized the need to be actively involved in politics to improve the federal and state laws affecting their communities.

Other African American suffragists included, Bessie Mention, a dressmaker from Princeton who advocated for migrant welfare legislation and anti-lynching legislation. After 1920 she was very active in the Republican Party and ran for local office. Mary Burrell, a home care nurse, was chair of the Executive Board of the Virginia Baptist Missionary Society, founded the Richmond Hospital, and advocated for women’s prison reforms. After moving to New Jersey, she became active in Republican politics serving as chair of the Colored Women’s Republican Club of Essex. Violet Johnson worked as a domestic and spent her free time serving her community. She was a founder of the Fountain Baptist Church in Summit, vice president of the NJ branch of the National Negro Business League, and president of the Young Women’s Uplift Club. She also founded the Girls Industrial Home, a training school for young black girls; later becoming active in politics lobbing for unemployment relief and social welfare programs.

Dr. Betty Livingston Adams writes that after winning the right to vote in 1920, “rather than converging, the priorities of New Jersey’s middle-class white women and black working women diverged after suffrage. White women adopted a purely feminist agenda, while black women held to the objectives of civic righteousness.” Across the country, African American women’s clubs worked with white women’s clubs’ legislation on marriage and divorce, infant welfare, and women’s industrial employment. In turn, African American women wanted white support of their key legislative work in the areas of anti-lynching, probation reform and civil rights, but were unable to get meaningful support.

While suffragists of all walks of life celebrated the ratification of the 19th Amendment to the Constitution, the actual reality of universal voting rights was not realized for all women. Due to Jim Crow laws in Southern states, which imposed voting restrictions including literary tests, poll taxes, moral character tests, and property-ownership requirements, many women and men of color were unable to exercise their right to vote. Historian Rosalyn Terborg-Penn writes: “It would take another half-century, with black women in a leading role-before that black community was fully enfranchised, through the Voting Rights Act of 1965.”