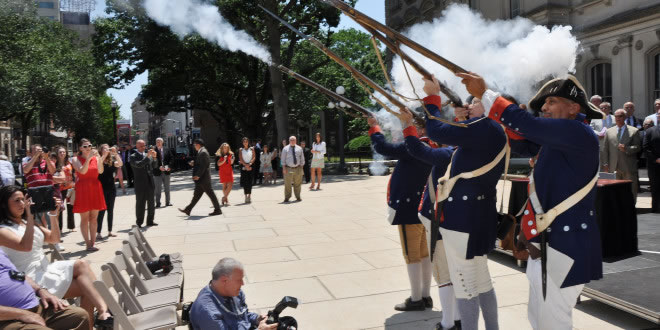 New Jersey played a pivotal role in the American Revolution, witnessing more significant military action than any other state in the new nation and establishing a tradition of distinguished military service that continues to this day. New Jersey’s commitment to the cause of liberty was further demonstrated when it became the first state to ratify the Bill of Rights in 1789.