Lessons in Leadership from Woodrow Wilson 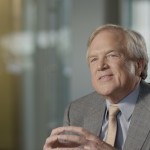 In 2003, I was fortunate to be able to purchase Woodrow Wilson’s former residence in Princeton, NJ.  Wilson and his wife, Ellen, designed the house and hired a New York architect to finalize the plans and supervise its 1896 construction.  As a younger man, I had read Arthur Link’s biography of Wilson and was impressed with how this academic goliath moved from Princeton University to Governor of New Jersey and then into the White House, all in a span of less than three years. During his two terms as President he spearheaded sweeping changes both domestically and internationally and is ranked as one of the most influential leaders in world history.

Since purchasing Wilson’s house, I have tried to learn as much about the professor-turned-politician as time would permit.  While experiencing many highs and lows in my own business career, I have learned much about leadership – how important it is and how a leader’s decisions and actions can be so incredibly impactful.  As a result of my personal journey, my view of Wilson has evolved.  While many will disagree with this assessment, I am bothered by aspects of Wilson’s leadership, which resulted in an unintended misuse of his power and authority. 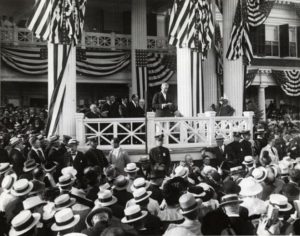 It has been said that during his lifetime, in the aftermath of the Armistice of November 11, 1918, which ended World War I, Wilson was briefly the most admired human being of all time.  Certainly, Wilson almost single-handedly ended the conflict with his reputation and the incredible 14 Points, and the ancillary communications about those points.  But let’s consider four matters:

1.     The promises of the 14 Points could never have been fulfilled.  Perhaps Wilson believed they could, or perhaps he believed that ending the war was worth the risk of making unrealistic promises.  In either case, the outcome was catastrophic for the future of world peace.

2.     When the war ended, Wilson allowed France and others to deny food to the German people by not using America’s resources to end the blockade of German waters.  The second of the 14 points said “Absolute freedom of navigation upon the seas …” and was the direct cause of Germany agreeing to the Armistice.  Yet Germany’s declared right to have ships bring food into its harbors was denied and Wilson did not stand up to Clemenceau to end the blockade.

3.     With the German people starving and believing themselves victims of a cruel hoax, Wilson basically turned over the negotiations of the Paris Peace Conference to Colonel House who did not agree with Wilson’s policies to implement the 14 Points.  How could a responsible leader do such a thing?  His rationale was the importance of the League of Nations, but this was a major error of judgment.   Why did he do this?

4.     Wilson left Paris to fight for the League of Nations yet refused to allow the Senate Majority leader or any other member of the opposition party to participate in the conference.  Knowing that the U.S. Senate would decide the fate of this treaty, why did he exclude the very people he most desperately needed to fulfill his lifelong dream?

Bob Carr is the Chairman and Chief Executive Officer of Heartland Payment Systems, a FORTUNE 1000 company that he co-founded in 1997.  He is the recipient of numerous awards for his innovations in the payments processing industry and is an advocate for merchants’ rights.