Joining Alice Paul on the Picket Line, A Century Later 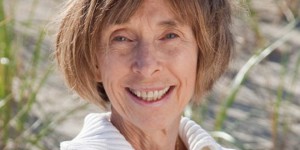 It is common for biographers to develop a relationship with their subjects, even those no longer living. And so it was with me and Alice Paul, the famous Quaker suffragist, who led the battle for a constitutional amendment giving women the vote. Our relationship went through phases. 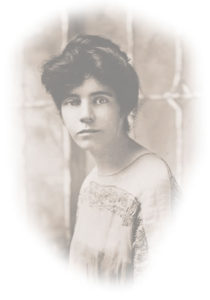 She was most accessible in her youth, when she kept a freshman diary and wrote home from Swarthmore College to her mother Tacie Paul in Mt. Laurel. She wrote also from Europe, where she continued her studies. Her letters were candid and often amusing. Consider her disgust at German table manners: “Most of them shovel their food in with their knives, make a frightful noise while they eat, soak their bread in coffee, etc….” I would have enjoyed knowing this sharp-eyed young woman, I thought.

Often she was a typical schoolgirl, requesting money. Other times she displayed the courage that would become the hallmark of her American campaign. Jailed in England in 1909 for suffrage protests, she went on hunger strikes and was force-fed through a tube rammed through her nose. She wrote Tacie, “I never went through it without the tears streaming down my face.”

Returning to America, she founded an organization to fight for what would become the 19th Amendment. Signed “Chairman,” the correspondence from this period reveals a mature and serious Alice. One prospective employee wrote that she had “all the attributes of a corporation president.” This was not a compliment. This Alice was harder to know.

In January 1917, she organized the first picket line at the White House, with a dozen suffragists holding aloft banners demanding the vote. They called themselves “Silent Sentinels.” At this point my attitude took another turn. I bristled when the New York Times labeled them “silent, silly and offensive.” And again when Alice’s mother complained that she was “annoying the president.” I empathized with picket Hazel Hunkins, whose boyfriend wrote that he “simply wanted to wilt up and die before you plunge into any more horrible notoriety.” (She married someone else!)

When Paul had difficulty rounding up pickets, I longed to volunteer. “Count me in!” I declared at a century’s remove; “I’m on the next train.” Against the wishes of her staff, which feared for her safety, Paul joined the line. She and her suffrage sisters were attacked by mobs, arrested and jailed. The treatment was harsh, the food inedible. One prisoner penned a mock prayer for “some clean oatmeal without any worms or mouse dirt in it.”

Next came hunger strikes and forced feeding. “Miss Paul vomits much,” wrote labor leader Rose Winslow, adding that she did so as well. “And I always weep and sob, to my great disgust, quite against my will. I will try to be less feeble minded.”

I wondered, would I have joined those pickets, and suffered all the consequences? I wanted to think so. Today I am sure of this much: If I have to crawl to the polls, I will never fail to vote.

Mary Walton is a former reporter for the Philadelphia Inquirer and the author of A Woman’s Crusade: Alice Paul and the Battle for the Ballot.