John Woolman and the Fight Against Slavery 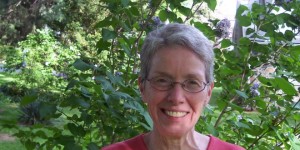 Though not raised a Quaker, I learned early about John Woolman’s witness against slavery when our Girl Scout troop leader decided we should perform a play about the Quaker abolitionist and asked me to take his role. I learned less than half of the lines before she decided the historical play was not a good choice for ten- and eleven-year-olds. Woolman’s testimony for social justice and peace impressed me, however, perhaps especially because he grew up and lived throughout his life in Burlington County, not too far from my hometown in southern New Jersey. Our troop leader was correct to think that studying Woolman—a man rooted in New Jersey who fought oppression on a global scale—could inspire girls to think beyond their daily concerns. 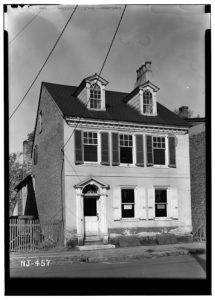 John Woolman was born in 1720 and grew up on the farm of his Quaker parents Samuel and Elizabeth Woolman. By the 1740s he absorbed from some New Jersey and Pennsylvania Quakers a belief that slavery was unjust. John Hepburn, a Quaker of Freehold, New Jersey, had published a tract in 1715 criticizing slaveholders for violating the Golden Rule to treat others the way you wish to be treated. A number of Shrewsbury Friends had decided, much earlier than slaveholders elsewhere, to emancipate their enslaved Africans. Another Quaker, Benjamin Lay, staged a demonstration at the 1738 Philadelphia Yearly Meeting of Friends, held in Burlington, warning that God would punish slaveholders for their sin.

Woolman used a less radical but more successful strategy than Lay by writing essays, visiting slave owners throughout the colonies to convince them to free their slaves, and becoming what Max Weber has called an “exemplary prophet,” preaching to others only what one could personally fulfill. After first writing a bill of sale for an enslaved woman when working for a shop owner, Woolman vowed never to create an instrument of slavery again. Over subsequent years, he made life choices that allowed him to avoid materials produced by the labor of enslaved Africans. He wore only undyed clothing, which gave him a distinctive appearance. He gave up his career in shopkeeping to avoid selling rum, sugar, and molasses produced by slaves in the West Indies.

John Woolman is best known for his journal, which demonstrates how this eighteenth-century New Jerseyan melded spirituality and real-life experience to dedicate his life to social justice. He opposed slavery, greed, and war. His journal and essay “A Plea for the Poor” shrewdly linked the oppression of enslaved Africans with the expropriation of Native American lands. He viewed the coercion of Africans and Native Americans as linked components of the Atlantic trading system fed by the “luxury and covetousness” of wealthy European colonists.

John Woolman of New Jersey thus taught us both to uncover injustice in global economic systems and to find ways as individuals to battle these wrongs. The continuing world problems of human trafficking, war, and land expropriation keep his writing and strategies alive.

Jean R. Soderlund is a Professor of History at Lehigh University and author of Quakers and Slavery: A Divided Spirit, for which she received the Alfred E. Driscoll Publication Prize from the New Jersey Historical Commission. Most recently she has written Lenape Country: Delaware Valley Society Before William Penn, published by the University of Pennsylvania Press.