Innovating the Future at Bell Labs 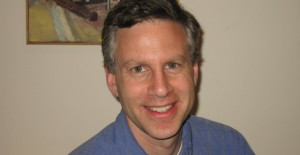 Just a few weeks ago, in the New York Times business section, I came across an article that I’ve always hoped I would get to read but that I worried might never get written. But there it was, on page B1. The story explained that wind and solar power were now starting to be economically competitive with conventional, fossil-derived fuels. To me, this was a very big deal: if we increasingly make electricity from renewable sources like wind and sunlight, we’ll not only make our environment cleaner, we’ll also be addressing the steady buildup of carbon dioxide in our atmosphere that comes from burning coal, diesel, and gas and is leading to a number of potential hazards. 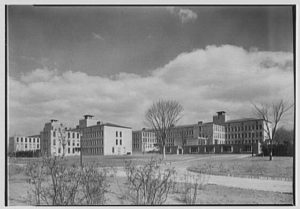 Of course, I also thought of Bell Labs, the legendary research and development laboratory for AT&T, back when AT&T was a phone monopoly. Why? Not because Bell Labs invented wind power; that actually goes back to ancient times, when primitive mills first harnessed wind for grinding grain. But three Bell Labs researchers did invent the first practical solar cell in April 1954, in a fourth floor laboratory in Murray Hill, New Jersey. This invention, made from specially prepared slices of crystal silicon, and originally named the “Bell Solar Battery,” is the ancestor of every solar panel in the world today.

But here’s a remarkable thing about Bell Labs: the solar cell, while a tremendous breakthrough, was only one aspect of the Labs’ achievements. When I give book readings, or when I talk with scientists at colleges or private companies, I’m sometimes asked what I think is the most important innovation that came out of Bell Labs. It’s a fairly long list. Over the course of about 40 years, between 1945 and 1985, the Labs was arguably the most innovative organization in the United States; indeed, it’s not an exaggeration to say that all modern communications technologies (and all our contemporary communications giants, including Google, Apple, and Facebook) owe a debt to the work that was done there. Research at Bell Labs, for starters, led to the construction and operation of a national and global voice communications system. The Labs was where the theory of the laser began, and where many of the earliest lasers were built. It was where scientists invented the transistor, a tiny device that is a critical component inside every electronic device in the world today. (To take just one example, there are billions of transistors on every chip built by Intel for our computers.) Bell Labs engineers pioneered the use of communications satellites and created the blueprint for cellular communications systems; they were likewise in the forefront of how to use and send digital information. They also created UNIX, a computer operating system that forms the backbone for Android and Apple devices. I won’t go on. I suppose the point here is that that you may not think about Bell Labs very often—or ever. But you use the ideas that came out of there every day.

And maybe soon, our homes—or rather, the solar panels on our homes—will reflect Bell Labs’ ubiquity, too. One of the interesting things in writing about innovation is that not every good idea achieves impact and large-scale applications quickly. The transistor took about 15 years until it made much of a difference in the world of electronics. But in the energy sector, innovations can take even longer, in part because they have to compete in price with cheaper fuels. When the Bell Solar Battery was unveiled to the world in 1954, it was perceived to be a critical juncture in how the world uses energy; from that point on, newspapers declared, we would tap the limitless potential of the sun. With the benefit of hindsight, it seems like we drew that conclusion about 70 years too early.

Still, that long period of “scaling up” for solar power doesn’t diminish the ultimate importance of Bell Labs’ breakthrough. The phrase “better late than never” is—to put it mildly—not too popular amongst innovators. That’s because if you’re a company that’s too late in bringing an idea to market, you’ll lose. In the case of the solar cell, however, maybe the phrase is apt. While Bell Labs won’t reap any benefits here, the rest of the world will, all these years later.

Jon Gertner is the author of The Idea Factory: Bell Labs and the Great Age of American Innovation (Penguin Press, 2013) and an editor at Fast Company magazine.