Imagining the Lindbergh Baby Kidnapping from My Own Backyard 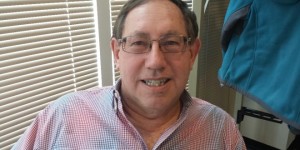 Living across from the Lindbergh estate in East Amwell, I often ponder what it must have been like to live in this 1750 house 82 years ago when the kidnapping of Charles Lindbergh, Jr. took place. I have always been “into Lindbergh,” having grown up in Flemington where I knew many of the trial participants. My parents, originally from Trenton, had attended a Hauptmann execution party at the Stacy-Trent Hotel. The execution was broadcast live on the radio by Gabriel Heatter and my parents said that when they pulled the switch all the lights in Trenton dimmed. Coincidently, William Allen, who found the Lindbergh baby outside of Hopewell, worked for my grandfather and as a little kid I got to know him as well. 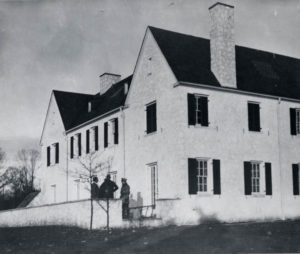 If you drive into the Sourlands today it takes imagination to visualize the scene on that March 1, 1932 night.  Today the entire mountain is wooded. At the time the Lindberghs built Highfields, the whole south side of the mountain was being farmed. You could look out the back of his house and see for miles; you could actually see the house from the spot where the baby was found, 4 miles away. By the time of the kidnapping, Lindbergh had already rough graded for an airstrip behind the house, bordering Featherbed Lane. The area was nothing but potholed, narrow dirt roads with no road signs, but still the public found his house and would often drive down his three-quarter-mile-long driveway to snoop around.

March 1, 1932 was a miserable, cold, rainy day and night. The wind blew through the Sourlands, as it often does, making howling sounds through the trees. Except for a short calm in the afternoon, when his wife Anne Morrow Lindbergh took a short walk, it would not have been a day you would want to go out. Sometime, probably around 8:30 p.m., the baby was stolen. If you follow the State Police story, Bruno Richard Hauptmann kidnapped the baby by himself. If you choose to believe any of at least a dozen other theories, it could be Hauptmann as part of a gang, Lindbergh himself, Al Capone, Paul Wendall from Trenton, or even someone in the Morrow Family. Although I give Lindbergh presentations, I personally do not have a favorite theory.

When the State Police began interviewing neighbors and virtually any inhabitants within a four mile radius, they interviewed John Kristoflex who lived in my house. He and his brother-in-law, who was staying with him, said that on the afternoon of the kidnapping they both saw a strange car pass their house. At about 8:30 p.m., their dog went crazy and they let him out and he ran down Lindbergh’s driveway. The next day, dog prints were found around footprints that led from Lindbergh’s house to Featherbed Lane; the dog was the only living thing that had seen the kidnapper(s). By then there were thousands of cars jamming the road that runs past my house and people were everywhere; some estimate that 15,000 people entered the Sourlands that day. Many newspaper pictures of the time show my house in the background. Laura Vitray who worked for William Randolph Hearst’s New York Journal talks about renting my house so she and her fellow reporters could see who was coming and going from the Lindbergh estate.

Everything has changed from 1932 to now in the Sourlands: paved roads, dense forests, commuter traffic twice a day. My property went from 80 acres of farmland to a 5-acre lot, but I still sit and try to imagine what it must have been like 82 years ago this month.

James Davidson is a resident of East Amwell Township where he was appointed the local historian in 2008 and is an active member of the East Amwell Historical Society and the township’s Preservation Committee.  He is an avid collector of Lindbergh memorabilia and has recently finished a book on the Lindbergh kidnapping, a subject he often speaks on.