The Vote – Race vs. Sex: The Beginning of the Struggle 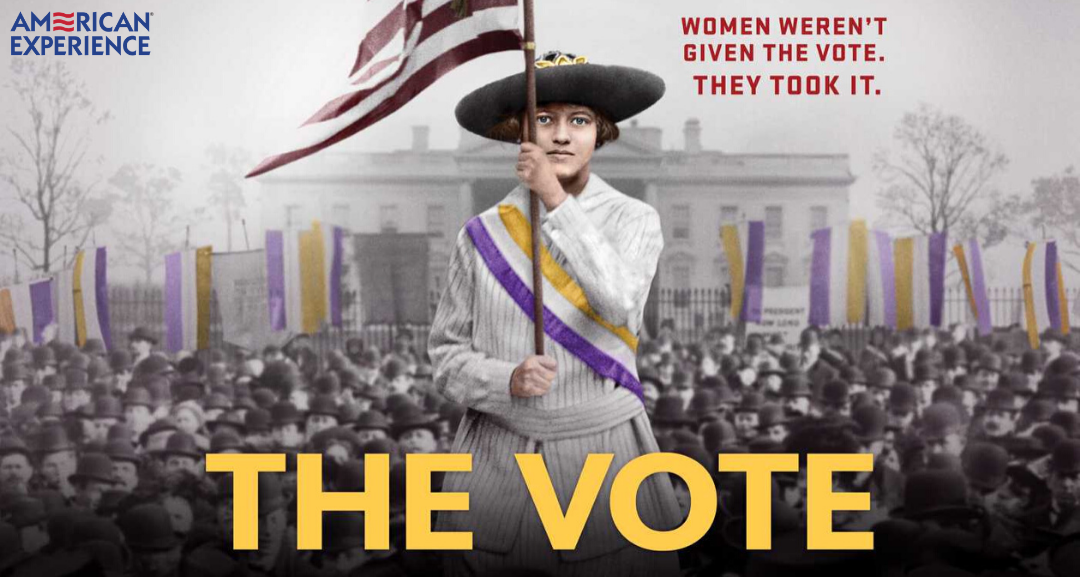 Join NJ Women Vote for a pre-release virtual viewing party of an excerpt from The Vote, a new four-hour, two-part documentary series by PBS’s American Experience. This compelling series tells the dramatic story of the epic crusade waged by American women for the right to vote. Focusing primarily on the movement’s final decade, the series charts American women’s determined march to the ballot box, and illuminates the myriad social, political and cultural obstacles that stood in their path.

The clip from the series we will view is “Race Vs. Sex: The Beginning of the Struggle” (19 Minutes). It investigates how the conflict over slavery exploded into civil war, and suffragists made tough decisions to set their own agenda aside to help secure rights for those who had been enslaved, expecting that it would quickly lead to equal voting rights for all. Instead, suffragists were asked in 1869 to support the 15th Amendment, which extended federal protection for the franchise only to African- American men. The question of compromise, once introduced, quickly became a wedge and self-interest, fair game.

Following the viewing, Sara Cureton, Executive Director of the New Jersey Historical Commission, will host a vibrant discussion with historians Dr. Ann Gordon and Dr. Bettye Collier-Thomas. This event is FREE. Registration is required to receive the URL link to access the virtual event.