An Ancestral Home at the Heart of New Jersey’s Diversity 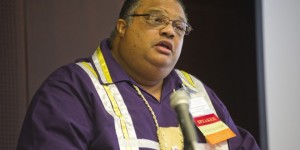 I stood next to my daughter, both of us wearing the traditional regalia of our tribe, the Nanticoke Lenni-Lenape. We had gathered with people from many other cultures in a celebration of diversity. Every inhabited continent was represented by the people in the room who had come together to share their stories and share their traditional foods. And while the world had gathered in one place, each one of us called New Jersey “home.” However, it was different for my daughter and me. We did not point to any distant shore in order to speak of the dwelling of our ancestors. We could not declare a heritage from a distant land. Our ancestors were from here. Unlike all the others gathered, we were the only ones indigenous to this land. The bones of our distant ancestors rest in this soil. That is one of the characteristics that make my people unique among others in New Jersey. We, with the other tribal communities that have lingered, clinging to the land of our ancestors, who have survived the many drastic changes that brought challenges to our very survival…we are indigenous. 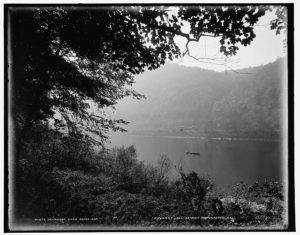 The original name for land now known as “New Jersey,” came from the lips of our ancestors who named it “Sheyichbi.” Our footpaths crisscrossed its forests and fields, linking villages together. Its streams fed the “Lenapei Wihittuck,” what is now called the “Delaware River” and flowed into “Poutaxat,” now called the “Delaware Bay.” I find it difficult to go anywhere in Sheyichbi without wondering what was there long ago. To walk through the Pinelands or sit upon the rocks at the Water Gap, to hear the songs of sea birds as the waves roll upon the sands of the shore, or listen to the babbling of a stream hidden beneath the trees all links me to the experiences of my ancient relatives who walked upon this land before me.

I see hawks soaring over me and wonder if their ancestors knew mine. I can sense a kinship with them in our shared ties to this land. The box turtles that are a constant presence in the wooded areas of our tribal grounds are gently handled and even helped to cross roadways. The Nanticoke-Lenape people hold the turtle in high esteem. We share this with many tribes across the continent, so much so that it is quite common to hear North American Indians refer to the continent as “Turtle Island.”

As I stood with my daughter, I reflected upon the fact that we were as tied to the land as the hawks and the turtles. This is our ancestral home.

Rev. John Norwood is a member of the Tribal Council and serves as the Principal Justice of the Tribal Supreme Court of the Nanticoke Lenni-Lenape Tribal Nation. Rev. Norwood is also his tribe’s delegate to the National Congress of American Indians (NCAI) for which he is the co-chair of the Task Force on Federal Acknowledgement. He is the General Secretary for the Alliance of Colonial Era Tribes.