A “Mountain Climbing” Canal in the Spirit of New Jersey Innovation 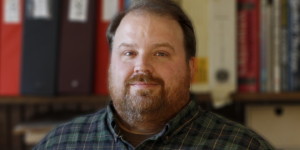 The Morris Canal could only have happened in New Jersey. Iron in the state’s northern hills attracted the attention of entrepreneurs and industrialists of a state that was in the vanguard of the American industrial revolution. However, connecting sources of New Jersey iron with the coalfields of northeastern Pennsylvania and the manufacturing centers and markets of the New York metropolitan area was not an easy task. The route needed to cut across the “highlands” of northern New Jersey, rather than follow the winding course and gradual fall of a river valley, as was the case with most other canals of the period. The Morris Canal overcame the challenge of topography through a system of locks and inclined planes, rising roughly 914 feet from New York Harbor to the canal’s summit near Lake Hopatcong and dropping almost 760 feet to the Delaware River at Phillipsburg.